A question that has been on my mind has been who is winning the muscle car segment? And not by the usual metrics that car journalists usually go to quarter-mile times, race track times, head to heads, brake tests, creature comforts, ride quality, pricing, blah blah blah, so on and so forth... We have all seen those tests hashed out in a million ways via Youtube videos, articles, magazines, and blog posts. I wanted to analyze this question through a different perspective so let’s get to it. In this post, I wanted to take a more quantitative approach and compare the cold hard numbers of how many units each model is moving. And by the end of the post, hopefully, we can really answer who really is winning the muscle car segment? To begin, let’s just take a visual look at the annual sales numbers of each vehicle. 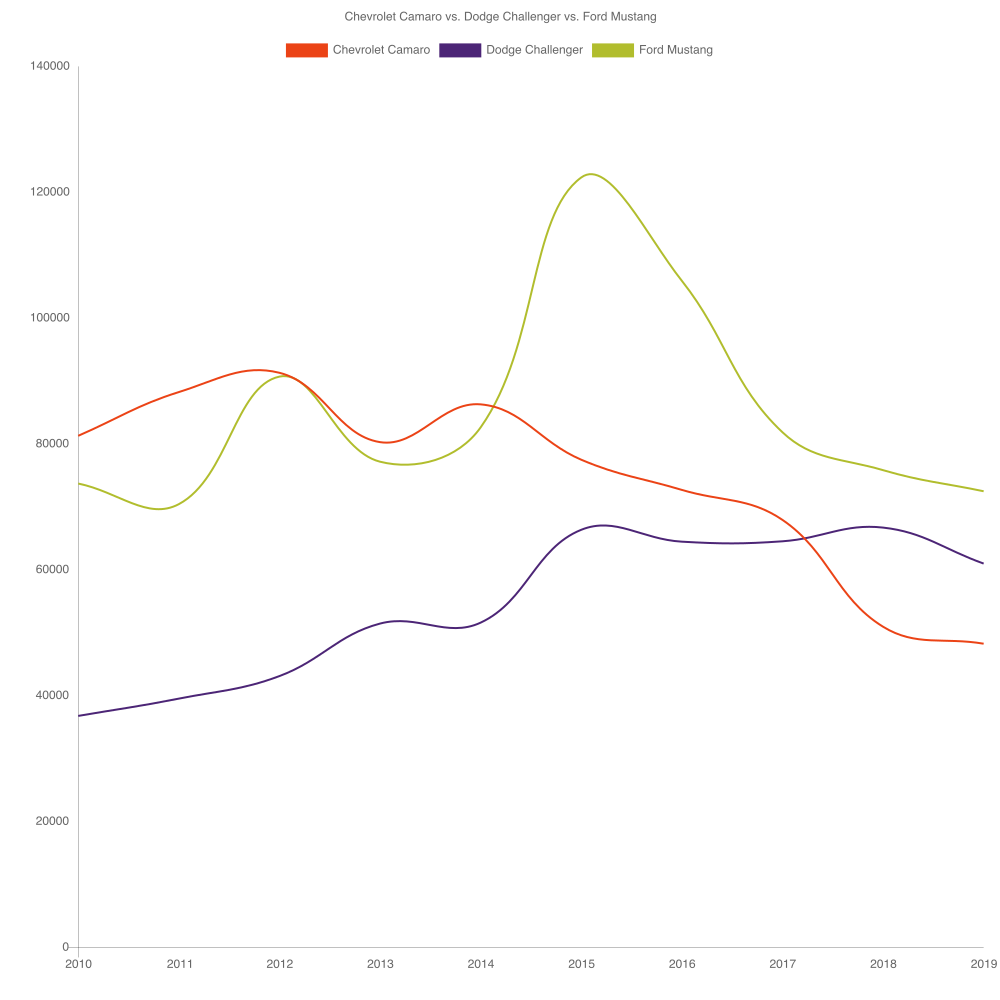 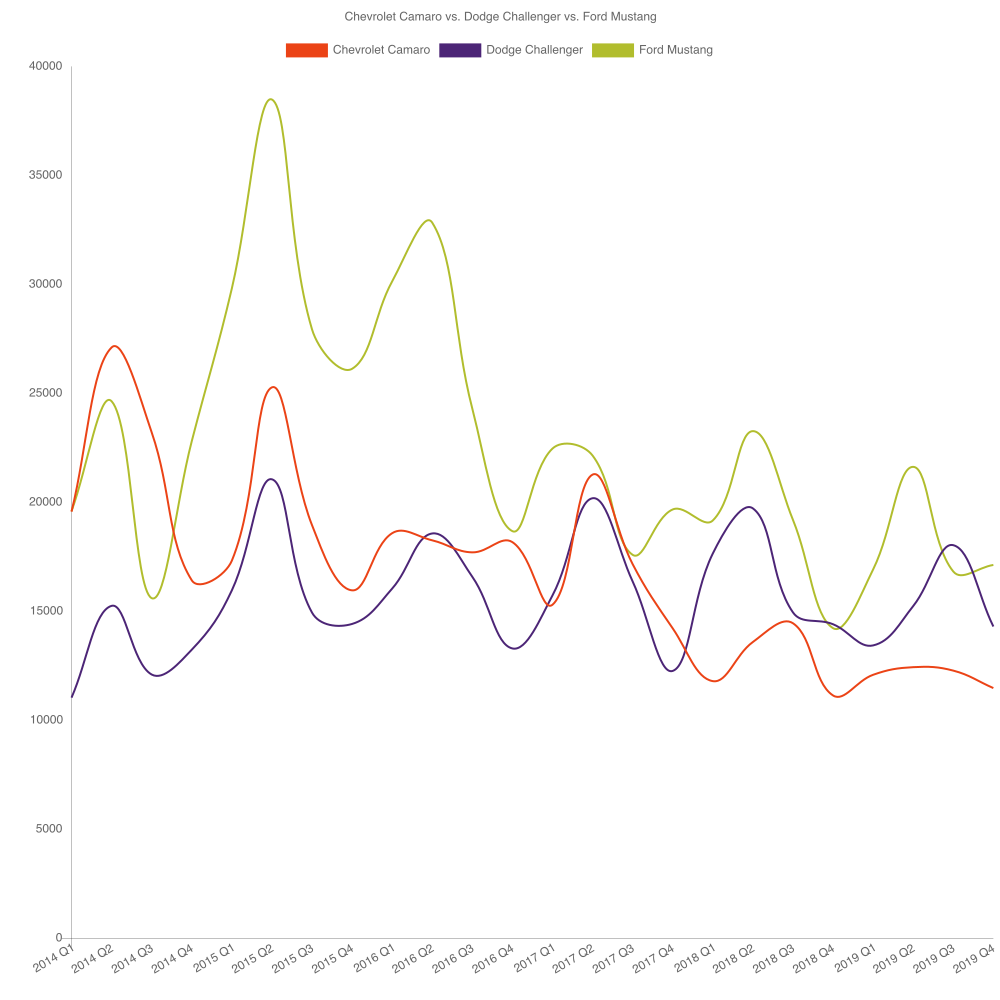 From this above visualizations, we can see a few things: